On its own, personal finance can seem pretty boring, but when you look at it through the lens of the human experience, it becomes highly fascinating. The fortunes and failures of some of the richest people in the world are often guided by their relationships with money, whom they trust with their money and their approach to work.

In this article, we’re going to take a look at some documentaries that tackle the challenges of managing your finances. Each manages to be entertaining by taking a closer look at the reality of finances through the window of human lives while also providing some guidance on better financial practices for you and your family.

The Ascent of Money

The first documentary on our list is The Ascent of Money, which is based on a book of the same title by Niall Ferguson. It talks about how society moved from a world that was almost entirely guided by trading real-world, tangible goods to an age in which trillions of virtual dollars are exchanged each and every day for securities on stock exchanges run by computers.

The documentary explores a number of questions. What happened? What does it mean for humanity as a whole? The change of physical to digital was almost invisible, and yet it has taken over the stock market.

The main lesson that this documentary aims to convey is that all money is merely a means of exchange so that people can trade things. When you isolate money, it doesn’t mean anything. Instead, it is a way to represent the amount of work done or how much one wants to own an item.

Where Would We Be Without Money?

Of course, without a healthy supply of money, we would not have the means to acquire really anything.

The Ascent of Money teaches us to view cash not as something on its own, but as a means to have clothing, food, and other items that you need both now and in the future.

If you trade it away for things you don’t need, you are only cementing the fact that you will need to work more to get more money later. It really sheds light on how money and the need for money has seeped its way into every aspect of existence.

Next on the list is Maxed Out: Hard Times, Easy Credit, and the Era of Predatory Lenders. As the name suggests, this documentary takes a magnifying glass to the harsh reality of living paycheck to paycheck, in a life that can only be sustained by the easy availability of consumer debt.

It depicts some of the horrifically abusive practices that are disguised by the outward friendliness and availability of credit cards and other kinds of debt that are easy to fall into. The documentary strips away the facade that credit card companies and credit brokers wear to lure consumers in.

Maxed Out reveals the financial hole that debt companies can create for unsuspecting consumers, particularly those who are already at risk of experiencing a financial crisis. The key point that the documentary aims to convey is that at the end of the day, no credit card company wants to be your friend.

They want your money, and they want as much of it as they can get. Credit cards can be exceptionally useful tools, but credit card companies make the most money when you make bad spending decisions with your cards.

Because of this simple fact, credit card companies subtly encourage those small mistakes that can lead to financial disaster.

The best customer for these types of companies is one that pays the interest charges each and every month, even while they struggle to improve their own financial standing.

As a consumer, this is the last place that you want to be, and we highly recommend that you check out this documentary before you make any moves to get a credit card into your wallet. We guarantee that it will completely change your perspective.

Don’t let the title fool you – Jiro Dreams of Sushi is by no means a cute, heartwarming film. This documentary follows a man named Jiro Ono, an 85-year-old sushi master who owns and runs one of the world’s finest sushi restaurants.

However, when it comes time for his career to end, he starts to realize that his singular passion and focus for sushi might not be shared by other people who are a part of his life. The film calls into question his legacy and the sacrifices he made for his success and singular vision.

This is an extremely engaging film that will have you engrossed from start to finish as it explores a true master’s lifetime of work, as well as the regrets and costs of that work.

Being single-minded about your goals can be highly rewarding and can earn you great professional and financial success. But, what is left of your life if those are your only goals?

Jiro Dreams of Sushi serves as a profound meditation on the vast difference between living to work and working to live.

If you can make a good living by doing work that you actually enjoy, is it acceptable for that work to become your life’s obsession? If you are someone that is struggling to find that work-life balance that we always hear people talking about – and let’s face it, everybody struggles with this balance – then this documentary will give you some powerful food for thought. It’s available to watch on Netflix now.

Inside Job is a documentary that was made fairly recently and is an incredibly informative and well-executed documentary on the banking and housing financial crisis that took place in 2008. To nobody’s surprise, it was nominated for the 2010 Oscar for best documentary and also won that award.

If you know anything about financial history, then you know about the financial crisis of 2008 that debilitated families and businesses around the world. It was considered one of the worst of its kind in history, and its effects can still be felt today.

Throughout the course of the five parts that it is broken up into, Inside Job brings the viewer through the United States’ banking practices and policy changes that resulted in the global financial crisis.

It starts by highlighting and showcases how the economy was, as blunt as it sounds, destined to fail, and how the bubble expanded between 2001 and 2007, how the crisis struck hard and fast in 2008, the people that were responsible for the crisis, and finally wraps up with the aftermath of the crisis.

In our opinion, and in the opinion of many others, Inside Job is one of the most important films for those looking to expand their financial knowledge. It is also great for anyone that is looking to gain a deeper understanding of the global finance industry.

Via an understanding of the history of one of the most prolific financial crises in the world, the documentary allows us to learn from the mistakes of the past and predict when something like this can happen again.

What’s more, Inside Job also explores how the world can avoid another financial crisis.

And lastly, but certainly not least, we have Trader, which is another essential documentary for anyone that wants to become more financially savvy. Trader follows the story of Paul Tudor Jones and showcases his life at his highest points and at some of his lowest.

Paul Jones, a hedge fund manager, was accurately able to predict the economic downturn that took place in 1987 based on both Elliott Wave graphs and his own intuition.

The documentary is similar to Jiro Dreams of Sushi in that it tells a fiscal story by following the life of one individual, and it’s a fantastic watch.

Although Jones is a very intelligent man, he is also highly superstitious. This greatly emphasizes the simple fact that a vast majority of people within the industry of investment finance depend upon luck just as much as they do on analytics and skill.

Trader is an important documentary because it lets the viewer know that stock trading and investing, finance, and accounting is not as glamorous as it appears on TV – investors aren’t able to use their knowledge to make pinpoint predictions.

They have to guess, just like any normal person does. This documentary teaches us that sometimes, it requires both analysis and pure courage to make the correct decision when it comes to investing.

Trader also follows Jones as he donates both his money and his time to help children in New York City graduate from high school. This highlights the importance of giving back to the community rather than indulging and succumbing to greed, even though the latter is far easier to do.

If you are looking to broaden your knowledge of the financial investment industry or just want to learn more about how to manage your finances in general, we highly recommend giving the above documentaries a watch. Each of them has something different to teach you. 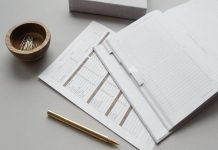 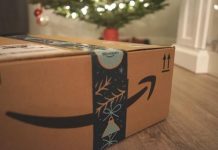 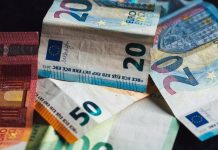 Spreadsheets or an App? What Is the Best Way to Control...

This website uses cookies to improve your experience while you navigate through the website. Out of these, the cookies that are categorized as necessary are stored on your browser as they are essential for the working of basic functionalities of the website. We also use third-party cookies that help us analyze and understand how you use this website. These cookies will be stored in your browser only with your consent. You also have the option to opt-out of these cookies. But opting out of some of these cookies may affect your browsing experience.
Necessary Always Enabled
Necessary cookies are absolutely essential for the website to function properly. These cookies ensure basic functionalities and security features of the website, anonymously.
Functional
Functional cookies help to perform certain functionalities like sharing the content of the website on social media platforms, collect feedbacks, and other third-party features.
Performance
Performance cookies are used to understand and analyze the key performance indexes of the website which helps in delivering a better user experience for the visitors.
Analytics
Analytical cookies are used to understand how visitors interact with the website. These cookies help provide information on metrics the number of visitors, bounce rate, traffic source, etc.
Advertisement
Advertisement cookies are used to provide visitors with relevant ads and marketing campaigns. These cookies track visitors across websites and collect information to provide customized ads.
Others
Other uncategorized cookies are those that are being analyzed and have not been classified into a category as yet.
SAVE & ACCEPT